Posted on February 11, 2019 by thewineraconteur

“This is another fine mess you got me into” was all I could think, with a tongue firmly in the cheek as we were off to the cinemas.  I grew up enamored with films and I loved them, but as I have gotten older, I am not as pleased with the caliber of writing that I come across, and the idea that they now “act” in front of a blue screen, so that they can be plotzed into a setting by a computer.  We were having a date, though it was not a date night, as we were going to a matinee.  In a sense, I feel sorry for my Bride, as I tend to turn down most films, for any number of reasons.  Though I guess that I am not as bad as some of the folks we know, some now refuse to see movies, because of the opinions of the “actors” who now wish to dictate how the rest of us should live.  If the weather was more suitable, I might have gone out with a bowler, instead of a trilby in deference to going to see Stan & Ollie.  A rather poignant adaptation of the two in their later years of their lives, without being maudlin, and most of all, I found it well written with an enormous amount of respect for Mr. Laurel and Mr. Hardy. 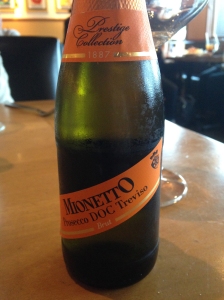 Afterwards to continue our date, we like so many other Senior Citizens who go see a movie for a discount, went and became mall-walkers.  We normally like a nice three-mile walk, but at the mall that is rather difficult, but we do walk the interior perimeters, along with so many others, and my Bride was wonderful and did not require to stop into any store for a moment, though she did treat me to a bag of caramel popcorn.  We also ate out, and went to California Pizza Kitchen.  She wanted to split a pizza that day, and she was letting me pick the movie and the pizza.   I decided to try a frou-frou pizza, as I call modern pizzas that have evolved from my formulative years of what a pizza should be.  We had the Spicy Chipotle Chicken which besides the chicken and the thin pizza dough crust had a Chipotle Adobo sauce, shaved poblanos, Monterey Jack cheese, house made roasted corn and a black bean salsa with fresh cilantro and a lime crema that came as a side to drizzle onto the pizza.  I think both of us were impressed with the meal, as there was none to take back home for a snack.

Now what would a date with my Bride be like without some wine, I guess it would just be unthinkable.  My Bride surprised me, by ordering a split of Mionetto Prosecco de Treviso DOC Brut NV.  Prosecco de Treviso DOC is a relatively new designation from 2009 for the Treviso province in Veneto in North East Italy. To get this designation the wine must be made from at least 85% Glera or Prosecco grapes. The other 15% can be Verdiso, Bianchetta, Trevigiana, Perera, Glera Lunga, Chardonnay, Pinot Blanco and/or Pinot Nero.  As for me, since the pizza had a south of the border taste, I went really south of the border for my wine.  I had the Bodega Tamari Malbec Special Selection 2017 from the Uco Valley in Mendoza, in Argentina.  Uco Valley is becoming famous in its own right and many have declared it to be the Napa Valley of Argentina, not only has the last couple of decades brought enormous money from wine investors globally, it has also become a wine/tourist destination as well.  This was a decent glass of Malbec, as I was not expecting anything, but a bulk production wine that worked with the meal, and that is what I wanted.  Since, I began with a couple of their most identifiable quotes, I shall leave you with one of the best lines ever uttered by Stan Laurel “If any of you cry at my funeral, I’ll never speak to you again!”

A non-technical wine writer, who enjoys the moment with the wine, as much as the wine. Twitter.com/WineRaconteur Instagram/thewineraconteur Facebook/ The Wine Raconteur
View all posts by thewineraconteur →
This entry was posted in Dining, Wine and tagged Argentina, Bodega Tamari Reserva, Italy, Malbec, Mendoza, Mionetto, Prosecco, Prosecco de Treviso, Uco Valley. Bookmark the permalink.

3 Responses to “It Certainly Is”