Posted on December 8, 2017 by thewineraconteur

That title may look rather bizarre for an old curmudgeon like me. I mean the symbol # for me meant either a number or pounds in weight all of my life, but through my wine blogging journey I have now discovered Instagram and Twitter. Be patient with me, because when it comes to using these iPhones I think that I possess all thumbs, and telephones were something that was attached to a wire leading to a wall or they were wall mounted with a curly cord that always stayed tangled. I was fortunate that when I was a child we actually had a single-family phone number that I can still remember to this day and it had an area exchange for the first two digits and to this day I can not remember the number to my own cell phone. 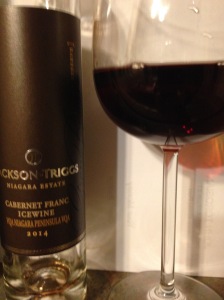 This is all a preamble to a night on Twitter called #CabFrancDay and Twitter is a modern-day convenience or inconvenience where one can post messages under a certain character count and for a fellow like me that rambles, it is not easy. Lori from Dracaena Wines was the main instigator for creating Cabernet Franc Day to publicize this fine varietal that is finally being accepted on its own. Today’s wine bloggers have it so much easier to learn about wines, than I did back in the dark ages when one had to buy books and hopefully find a wine merchant that was knowledgeable. I am more Twentieth Century, but I may eventually enter the Twenty-first Century. I had to message another blogger that I respect for the simple instructions on how to go about joining into the festivities of this two-hour love fest about Cabernet Franc wines. My first inclination was to open a bottle of Dracaena Cabernet Franc that I had purchased and sent to my daughter’s house in Las Vegas last year before I went to visit the kids and the grandchildren. It appeared to me that Dracaena was going to be the wine of choice from others, so I had to decide on another wine, and we had just had an old-world Cabernet Franc as one of our wines for Thanksgiving. I think that I drove my Bride crazy, but she was game for a glass of this wonderful grape. 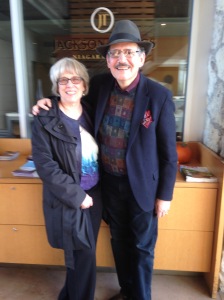 I went into the cellar and found something interesting that I thought would be different from what most of the others were going to be touting, and I was right. So, after chilling the wine a bit, I took a photo of the bottle and a glass to show the rich color and I posted it at the beginning of the two hours. I also made sure that I poured my Bride some of it to enjoy as well. It brought back some happy memories of a trip that we had made just to do wine tastings and some fine dining in the Niagara Peninsula of Ontario, Canada. The wine was Jackson-Triggs Grand Reserve Cabernet Franc Icewine 2014 with the Niagara Peninsula VQA. This wine was made using grapes that had naturally frozen on the vines when the temperature drops below -10°C and the juice is gently extracted, because of the concentrated sugar in the grapes. The wine was sublime and very silky. I figured that because I had posted so early my wine selection that it would be lost in the crowd of other posters, but people actually noticed it, and one even asked if it tasted like strawberries. Now everyone has gotten used to the fact that I tend not to use descriptors, but I responded that I thought more like pomegranate, but I neglected to mention with the trademark spice that I enjoy with Cabernet Franc. I must say that the love fest was one of the fastest two hours that I have ever spent, and then I noticed that even the next day I had some notifications about my post, so I guess I wasn’t totally left out in the cold that evening, and afterwards I discovered that even my Bride enjoyed the wine, which I knew she would.

A non-technical wine writer, who enjoys the moment with the wine, as much as the wine. Twitter.com/WineRaconteur Instagram/thewineraconteur Facebook/ The Wine Raconteur
View all posts by thewineraconteur →
This entry was posted in Wine and tagged Cabernet Franc, Canada, Icewine, Jackson-Triggs, Niagara Peninsula VQA. Bookmark the permalink.