Posted on June 1, 2014 by thewineraconteur

As I think of all the business trips I used to make to Chicago as a buyer, I have to smile. I did not represent a major department store, but a very fine clothier who ended up suffering a closure due to Eminent Domain. Who knows I may still be on that treadmill otherwise, but that is another story. After working all day at a trade show, there was always a bit of a reprieve in the evening for a fine dinner. Lunch at the show was always iffy, but I was working on the clock and not dining. Afterwards was a different matter. Sometimes I would join some other buyers or merchants, sometimes with sales representatives, and sometimes it was in a group of both, this was before I met my Bride and she started traveling with me. 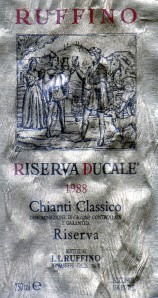 One night I remember a group of us were going to The Palm restaurant, which is legendary in New York, the Mecca for the clothing industry. The Palm did such a business, that they opened up a second floor of the restaurant, and years later to handle the overflow they actually opened up another restaurant right across the street from their first one. They slowly started opening up other restaurants around the country as business warranted. The Palm may have started off as an Italian restaurant, and they still have some fine classic dishes on their menu, but most people think of them as a steak house, of the old school. They serve aged steaks, seafood and monster lobsters, where most lobsters are around two pounds, The Palm serves three to five pound lobsters and the meat is extremely tender, they disproved the old thoughts that when a lobster gets too big, the meat gets tough. Starting with Lobster Bisque with the added lacing of Sherry and then a “man’s” size Surf & Turf, thankfully there were others at the table because the sides were more then ample for several diners. The good thing was back then I must have had hollow legs, because there was still room for flour-less chocolate cake for dessert. I certainly can’t eat like that any more. Later on for a short time The Palm opened up a restaurant in one of the northern suburbs of Detroit, but they did not last too long, I guess the fickle economic climate of the auto industry could not sustain them in the manner that they were looking for. 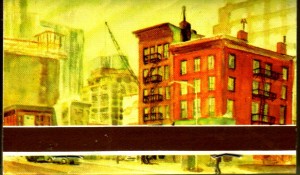 I did not select the wine that evening, but we did drink some fine Italian wine to accompany our meals. We were drinking Ruffino Riserva Ducale “Oro” also known as Gold Label. This is a Chianti Classico that makes the Sangiovese grape shine in Tuscany. While Ruffino makes a Chianti Classico and I think a Riserva as well, the Riserva Ducale is only made during stellar vintages and is aged longer then the DOC requires, both in the casks and then in the bottles

A non-technical wine writer, who enjoys the moment with the wine, as much as the wine. Twitter.com/WineRaconteur Instagram/thewineraconteur Facebook/ The Wine Raconteur
View all posts by thewineraconteur →
This entry was posted in Dining, Wine and tagged Italy, Ruffino Riserva Ducale Gold, Sangiovese, Tuscany. Bookmark the permalink.

3 Responses to The Palm Restaurant