I have always been a champion for the independent merchant, the local butcher, the local fish monger, even the local clothier, which I have many years of experience to back up that belief. I had a short attempt in the corporate world of retail and decided that it was not for me. I guess that I have always enjoyed the concept of the immediacy of the moment, and not having to go through a labyrinth of corporate structure to get something accomplished. Be that as it may, I even prefer a local restraunteur over the cookie-cutter approach to food, even when the cookie-cutter is at the expensive end of the spectrum. I mean once you have eaten at a fine steak house, that is part of a chain, you know that the experience will be the same at another one a thousand miles away. I know that I have wrote about them, and I am not trying to start a debate, but when we do go away on holidays, I prefer to try a local restaurant in a new town to savor the local foods and flavor of any area. 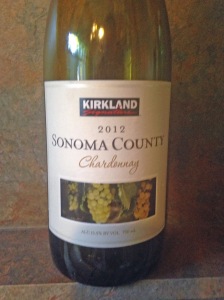 I guess this is just my introduction to discuss, what I view as the next wave of bulk wines. When I was a kid most of the bulk wine was found in markets in the handy-dandy gallon jugs of wine that proclaimed Zinfandel, Hearty Burgundy or California Red Wine. There was a market for that wine then, and there is still a market for generic wines today. For every artisan winery that is a start up business, it seems that I read about how another winery has been bought by a large conglomerate. Some of these large conglomerates are strictly beverage houses, but some produce all types of other products as well. I look at the beer industry and marvel at all of the new breweries that are popping up all over the landscape, and then I think of how years ago, how I stopped drinking beer. It seems that one of the larger beer companies decided to stop producing a Cream Porter that I so enjoyed, because it had a distinct taste and so distant from the lagers and ales that were available at the time. 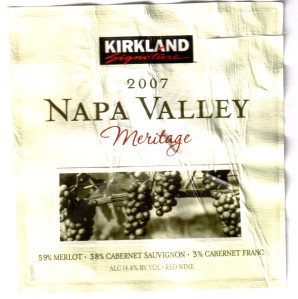 I think of the new jug wines that I am seeing, not from a winery, but as a brand from a commercial big box chain. The wine is just another branded item for them, no different from paper products, mixed nuts and food. The only difference is that these mass generic bottling of wines arrive in the classic format of traditional bottle of wine. I have some knowledge of the world of generic wines, as I have bought wines labeled Bordeaux, Bordeaux Superior, Medoc, Haute Medoc and even some that say Margaux. I have also bought wines that say Cabernet Sauvignon, Pinot Noir and the likes of all of the other varietals, especially when they become trendy. We just tried a bottle of Kirkland Sonoma County Chardonnay 2012. This is the second Kirkland brand of wine that we have tried and I have to admit that it tasted like what I expected a Chardonnay wine from Sonoma to taste like, albeit with out the nuances that one would encounter from a small boutique winery. I think that the spillage of wine in the production may be the equivalent of another small winery’s total output. I have also tried a Kirkland Napa Valley Meritage 2007 that I wrote about before, which also achieved the taste that I expected from a Meritage style wine. The two wines that I have tried from the Kirkland brands were both good, I just wonder if the demand of fruit that they require to service all of their stores will cause a shortage of grapes for other wineries. Will it one day be Estate Winery offerings and the new generics?

A non-technical wine writer, who enjoys the moment with the wine, as much as the wine. Twitter.com/WineRaconteur Instagram/thewineraconteur Facebook/ The Wine Raconteur
View all posts by thewineraconteur →
This entry was posted in Wine and tagged California, Chardonnay, Kirkland Signature, Meritage, Napa Valley, Sonoma County. Bookmark the permalink.

2 Responses to The New Bulk Wines