Posted on April 18, 2014 by thewineraconteur

I have stated a few times that I am not partial to fast food or chain restaurants. Once you have eaten at one restaurant, they are pretty much all the same from city to city, and I prefer dining local. One night I was out voted and we ended up with all the grandchildren going to an Outback Steakhouse. If I have ever been to one, I do not remember, but I know that I have been to one now. All the adults were at one table and all of the children were at another table, as they did not have enough space to make one continuous table for the entire party. 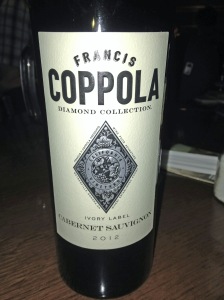 My grandchildren I must admit were more then anxious to go to this restaurant and they all knew what they wanted to eat, and I figured that it would be better then some of the places that we could have ended up at. I was touted to try the sirloin steak, as I was told that it was probably the most popular item for an entrée, as I did not want to try a filet or a rib eye from this venue. I know that I sound like a snob, but I enjoy dining out, and I thought that I would try the signature dish. There was also something called the “Bloomin’ Onion” which was an appetizer and several of them were ordered to cover all the diners. The appetizer is like an overgrown version of onion rings, fried as a whole onion bulb, I tried a couple of pieces, but it was too greasy of a taste for me, and I am sure that if I was younger and had order beer with my dinner, I would have enjoyed it more, when I had more of a cast-iron stomach. Alas, my Bride has made me dine in a more healthy manner all of these years and now fried foods and I are not as good of friends as we used to be. I do have to admit that the sirloin steak was tender and cooked to order. 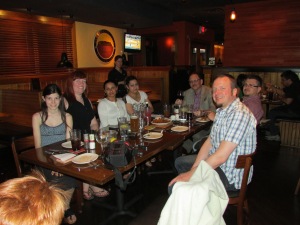 I also found a nice wine for the table from their menu; a wine that I had bought under the black label collection when they were in Napa Valley and the winery has moved to Sonoma Valley. We enjoyed Francis Coppola Diamond Collection Ivory Label Cabernet Sauvignon 2012. The fruit in this wine was harvested from as South in California as Paso Robles and as North as El Dorado. While it is listed as a Cabernet Sauvignon, there was also some Petit Verdot, Petite Sirah and Syrah blended in as well. For me that evening the family was the most enjoyable part of the meal and then the wine, but that is how it should be.