Posted on January 8, 2014 by thewineraconteur

“Oh, sweet mystery of life at last I’ve found you! At last, I know the secret of it all!” is the lines of the song that Madeline Kahn sings when she is with The Monster in “Young Frankenstein.” 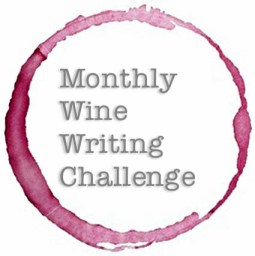 Mystery is the theme that has been selected for the latest Monthly Wine Writing Challenge.  At first I was going to try to do a parody of Dashiell Hammett’s The Maltese Falcon.  I thought of Effie Perine, the secretary bringing in the Levantine Joel Cairo’s calling card scented with Viognier and a wine discussion between Sam Spade and Kasper Gutman and ending with Sam Spade walking into the elevator cage with Tom Polhaus carrying a bottle of wine in a brown paper bag and exclaiming “The, uh, stuff that dreams are made of.”  Then I thought of rehashing an earlier article that I wrote about one of the many Murder Mysteries that my Bride and I have hosted over the years and the wines that accompanied the dinners.  Then I thought another article that I had wrote about a puzzle that I had to put together to solve a short story.  My brain was going in a dozen different directions about what I could write about, and sometimes I am not that creative.  As a Raconteur I just relate actual stories or memories about wines.  Then another line of dialogue from a movie hit me and it made me think, it also made me think about having a glass of wine. 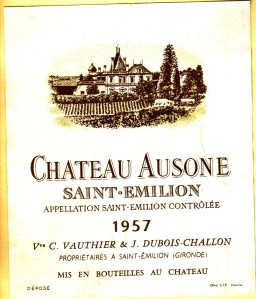 Jack: If they want to drink Merlot, we’re drinking Merlot.
Miles Raymond: No, if anyone orders Merlot, I’m leaving. I am NOT drinking any fucking Merlot! 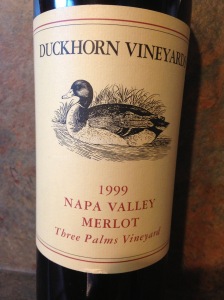 I apologize if anyone is offended by the language and I debated if I should censor the dialogue, but I decided to leave it intact.  A mystery that has haunted me, since the earliest days of my discovery and study of wines; why is the Merlot varietal so maligned and unappreciated?  From my early days I have drank and tasted Clarets from the Bordeaux region, but even from those early days I found that I really enjoyed the “Burgundy” of Bordeaux, the wines of Saint-Emilion across two rivers from Bordeaux.  It is here that the Merlot grape shines, though it is always going to take a back seat to the Cabernet Sauvignon of the Medoc.  The wines of Saint-Emilion are fuller, more supple, like a fine lady, than the heavy fist of a Pauillac, which I also enjoy.  I think that they were more “drinkable” in my youth, because they were not as heavy with tannins, which was an acquired taste. 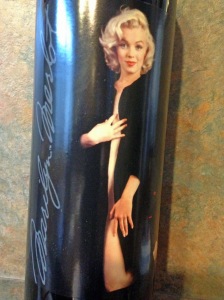 I am sure that part of this stems from the politics of the wine industry.  The Medoc was classified in 1855, but it took another hundred years to classify the wines of Saint-Emilion.  The pecking order even was handled differently, but as far as I am concerned a Chateau Ausone or a Chateau Cheval Blanc could rival any of the First Growths of the Medoc, and unfortunately they also command the same prices.

In the New World wines made from Merlot can be found from “jug” wines to artesian crafted wines.  The Duckhorn family I personally feel made their name from Merlot wines especially The Howell Mountain Merlot and Three Palms Vineyard.  I also have to admit that I have been a fan of the Marilyn Merlot wines for years and have enjoyed the many vintages that they have offered.  So I would have to disagree with the character Miles Raymond from the movie Sideways, that if anyone offered me a fine bottle of Merlot, I would be first in line to try a glass or two.

A non-technical wine writer, who enjoys the moment with the wine, as much as the wine. Twitter.com/WineRaconteur Instagram/thewineraconteur Facebook/ The Wine Raconteur
View all posts by thewineraconteur →
This entry was posted in Monthly Wine Writing Challenge, Wine and tagged California, Chateau Ausone, Duckhorn Vineyards, France, Marilyn Merlot, Merlot, Saint-Emilion, Three Palm Vineyards. Bookmark the permalink.