Posted on November 3, 2018 by thewineraconteur

One of the most popular questions that I receive is “what do you do?”  I respond that I am a retired clothier of some forty plus year at least, and in today’s lifestyle that word requires an explanation.  It was a time-honored profession, we had a President once that was a Haberdasher, but not a Clothier.  I have even heard the word bandied as a profession by those that have a whopping couple of years’ experiences; and all I can say is, if someone doesn’t know what the word is, they will believe you.  I now offer my assistance, experience and expertise if it is wanted, nowadays with egos running rampant, it is best to just help.  I am assisting a store and they were celebrating seventy-five years of business, which is quite an accomplishment.  I came in for a couple of days to make the store look perfect, I may not do store merchandising anymore, but I do know how to make merchandise sing.  I guess the best that I can say is that as a manager throughout the years, I led by example of working.  My philosophy was that people didn’t pay me enough to wear our mirrors or chairs. 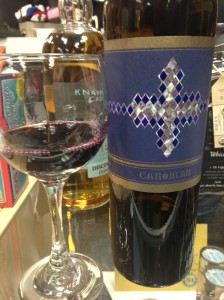 The big day came and it was quite exciting.  I arrive an hour before the event was scheduled and it was already getting busy, which is a good sign.  There were some Manufacturer’s Representatives attending and some even go back to my early days.  It was fun and made me remember some of the glory days.  It was also interesting watching how space was utilized to the max, as purveyors of food from some of the local restaurants set up tables and chafing dishes for the guests and the employees to munch on.  I presume it was for the employees as well, as I did try some of the dishes, and as quirky as I am, I did find a few dishes to try, in between helping out customers, as I do have to maintain this mature figure of mine.  Not only was there food brought in, there was adult beverages from another merchant.  There were some craft beers which are all the rage, the merchant was also showing some single barrel bourbons that he had bottled, since he bought the barrel and all the contents, and some wines. 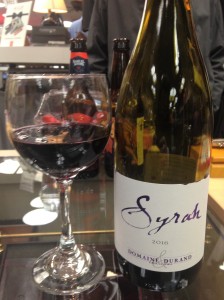 Of course, you knew that there would be wine at this event, otherwise it would not have been mentioned.  There were five wines that caught my attention, and I figure that was a pretty good set of choices.  Two of the wines that I will discuss were Syrah wines, one pure and the other a Syrah based wine.  The first wine was from the Juan Gil Family Estates and their Cellars Can Blau “Can Blau” 2016 from DO Montsant in the Catalonia District of Spain.  Montsant means Holy Mountain and the area is revered, but has only recently been discovered for their wines.  In fact, the Cellars Can Blau was founded in 2003.  The wine was a blend of forty percent Syrah, forty percent Carignan and the balance was Grenache and it was aged for twelve months in French Oak.  I was not expecting much from the wines, but was I wrong, as this wine was delicious and really made me smile with the lushness that came from such a young wine.   The other wine that I enjoyed right off the bat and made the evening that much better was Domaine Eric et Joel Durand Syrah 2016.  This wine came from the area that originally was known as Vin de Pays des Collines Rhodaniennes, and is basically all the area north of the Rhone Valley.  With the Common Market and the homogenization of wine terms this area is now called IGP Collines Rhodaniennes and is widely planted with Syrah.  I really could not find much about this wine, but I thought it was a winner for the evening and I could tout it, very easily to the customers.

A non-technical wine writer, who enjoys the moment with the wine, as much as the wine. Twitter.com/WineRaconteur Instagram/thewineraconteur Facebook/ The Wine Raconteur
View all posts by thewineraconteur →
This entry was posted in Wine and tagged Can Blau, Carignan, Catalonia, Cellars Can Blau, Domaine Eric et Joel Durand, France, Grenache, IGP Collines Rhodaniennes, Juan Gil Family Estates, Montsant, Spain, Syrah. Bookmark the permalink.

2 Responses to Start With Syrah