Posted on June 6, 2018 by thewineraconteur

Now I am not trying to be demeaning, but it today’s parlance a chick flick is for a film that the main audience is geared towards the woman.  There are times when we both agree on a film.  Then there are times when one or the other wants to see something and the other spouse goes along with anticipation of a latter quid pro quo.   Well the other day, I was outvoted, as Ms. Yoga and my Bride had already decided on seeing a film, and I was going along, but at least I had to hope that the caliber of the writing would be worthy of the stars of the film.  I mean there are some films that are totally sophomoric and I have no idea who the target audience is.  There are times when we can appreciate a film that is basically computer generated with the scenes, but the writing has to be aimed for adults with a capacity of thinking, otherwise that is what television is for.  To me television was called the Great Wasteland and I think it wears that title quite well, so for almost forty years I have not watched it, unless I have put a DVD movie on to play.  I know that I am old fashioned, but they stopped making Beta format tapes years ago. 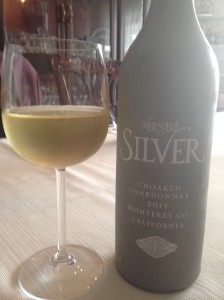 As you may have surmised, we went to see the Book Club with a cast of actresses and actors that can no longer play ingénue roles.  We all went to see the film, even though one of the leads lost favor with my generation years ago, because we all lost friends to the Viet Nam war, and a plastic enhanced actress dismayed many of my era.  The film was cute, and the theater was completely sold out, so I guess the marketers did a good job.  I found it amusing that both my Bride and Ms. Yoga did not recognize Andy Garcia, and I chuckled to think that he was the romantic interest for the daughter in Godfather III, and here he was the romantic lead for the mother from that film in this film.  It was a feel-good movie and it was written for adults, even Ms. Yoga’s brother who went with us, had to admit that he enjoyed the film, but I guess it was a while since he went to the cinema, as he was more amazed at the prices that were demanded. 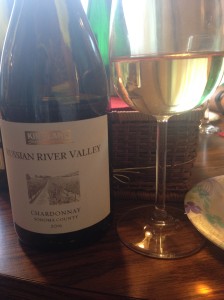 After the movie, we headed back to our house, as another couple were coming over to have dinner with the group, they couldn’t attend the film, as they had a prior commitment, but they did want to see Ms. Yoga.  While we were waiting for them to arrive, to start the dinner, my Bride set out a series of plates of just good appetizers to nosh on.  We even had some wine at this time and it was a chance to compare two different Chardonnay wines from California, both in the popular price realm.  The first wine, was one that surprised me, because it was from Costco, which is now America’s leading wine purveyor.  We had one of their house brands that I did not know that they were offering.  The Kirkland Signature Russian River Valley Chardonnay 2016 was a solid dependable wine.  I have had their California Chardonnay, and we always seem to have their Sonoma Chardonnay here, but this was the first time that I had seen the sub-region of Sonoma offered by Costco.  It was very easy and for the price, I thought it was delightful and I wouldn’t mind having again in the future.  The other wine was also new to me and was part of Wagner Family of Wine and was from there Mer Soleil Vineyard.  The Mer Soleil Silver Chardonnay 2015 was in a silver gray “ceramic” finished bottle and carried the Monterey County AVA.  While I was doing some additional research, the vineyard is in the Santa Lucia Highlands, and several sources I checked list that as the AVA for the wine.  This wine is totally unoaked and was fermented in both Stainless Steel and Concrete tanks, hence the silver gray of the bottle.  The wine still had a lush full taste with distinct citrus, and I guess that is not surprising as the vineyard is surrounded by a Meyer Lemon orchard that the Wagner family also grows and I guess that has added something to the terroir of the soil over time.  We were just enjoying the food and munchies and waiting for the additional guests to arrive for dinner.

7 Responses to A Chick Flick