Posted on October 29, 2017 by thewineraconteur

I recently learned of Langdon Hall Hotel and Spa in Cambridge, Ontario, Canada. One of my cast of characters, The Messenger, was going on holidays with her daughter and she was discussing potential sites and she also asked about a wine that they were taking with them. When I was a kid there was no Cambridge in Ontario, as it was then known as Galt and it was just a town that we would pass going from Windsor to Saint Catherines to visit family. Langdon Hall is a stately home and grounds that has developed over the years to a year-round hotel and spa for relaxation and getaways. They are now part of the syndicated Relais & Chateaux group of resorts, which are all privately owned and must get accreditation; as a side note there are thirteen resorts throughout Canada. 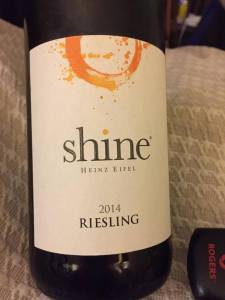 When I am not acquainted with a resort or restaurant and someone asks my opinion, I go to the Wine Spectator magazine’s issue of “The List” that I keep on my somewhat cluttered desk. I use “The List” as a reference to see how a restaurant is rated. My feeling is that if a restaurant has a good wine list, then the food should be in the same comparable rating, and I have only been disappointed a couple of times over the decades. Their restaurant was awarded the “Best of Award of Excellence” with a selection of wines numbering over fifteen-hundred bottles with strengths in Burgundy, Rhone, Bordeaux, Italy, California and Canada. The wine prices are listed as moderate, and they maintain a $21.00 corkage fee. The menu is French and the menu prices are listed as expensive. To give you an idea of the menu, the meal started off with Sourdough bread with apricot and sunflower. There was a second course of Dressed Snow Crab with an Apple Gelee. The Messenger had Lamb and her daughter enjoyed Scallops and I saw the photos and all the dishes looked wonderful.

The funny thing is, that with all the wonderful wines listed on their carte on their website, The Messenger and her daughter are not really wine drinkers, but she will ask me about certain wines for dinners at her house for special occasions. They took a bottle of wine with them to their hotel room to enjoy and relax with. The wine was a bottle of Heinz Eifel Shine Riesling 2014 that they had bought at The Wine Store, which is the government regulated wine shops in Canada, just as one has to go to The Beer Store and the Liquor Control Board, but hopefully there will be new regulations in Canada. Heinz Eifel founded the Romerhof Winery in 1979 and this particular wine is a generic Riesling made in Stainless Steel vats. Since I know that The Messenger likes her wines on the sweeter side and that she avoids red wines, I would have to presume that wine was on the sweet side. I found reading about the estate and looking at their menus and wine lists quite fascinating, and perhaps one day, we may make a trip there.

A non-technical wine writer, who enjoys the moment with the wine, as much as the wine. Twitter.com/WineRaconteur Instagram/thewineraconteur Facebook/ The Wine Raconteur
View all posts by thewineraconteur →
This entry was posted in Dining, Wine and tagged Germany, Heinz Eifel Shine, Riesling. Bookmark the permalink.