When one is at a wine tasting, I always look forward to the last two wines of the evening, as the wine selection usually builds up to a crescendo in full body and taste. Wines start with the lightest and work their way up, as the taste buds can appreciate the gradual change. This particular evening at D.Vine Fine Wines was no different. 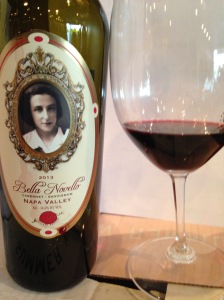 The penultimate wine selected for the tasting was Paoletti “Bella Novello” Cabernet Sauvignon 2013. Paoletti was established in 1994 and their first release was in 1989. This wine was eighty-five percent Cabernet Sauvignon and the balance was Malbec; and the grapes were harvested from twenty-year-old vines. The fruit was harvested from two sites, the Oak Knoll District and the Silverado Trail in Calistoga. The wine was aged for eighteen months in a mix of forty percent new oak and the balance was neutral. It was an enjoyable wine in the affordable price range. 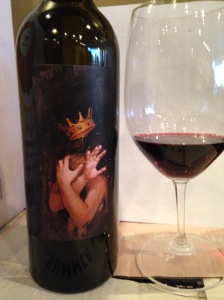 The last wine for the evening is becoming one of the darlings from Napa Valley and I have written about the winery and their wines a couple of times before. The Tank Garage Winery “All or Nothing” Red Blend 2015 and they have a catchy slogan of “Never Dream Alone” as well as one of the most unique tasting rooms, a restored Art Deco gas station in Calistoga. The wine is a blend of Zinfandel, Cabernet Sauvignon, Petite Sirah, Malbec and Mixed Black grapes. The “mixed black grapes” of Napa are a kind of well-kept secret of Napa Valley of indigenous native grapes of unknown lineage and are usually lumped in with other grapes. This wine was aged for fourteen months in forty percent new oak, which is a blend of 70/30 French/American Oak. Another Zinfandel wine that I found totally interesting and worth looking for.

A non-technical wine writer, who enjoys the moment with the wine, as much as the wine. Twitter.com/WineRaconteur Instagram/thewineraconteur Facebook/ The Wine Raconteur
View all posts by thewineraconteur →
This entry was posted in Wine and tagged All or Nothing, Bella Novello, Cabernet Sauvignon, California, Malbec, Napa Valley, Paoletti, Petite Sirah, Tank Garage Winery, Zinfandel. Bookmark the permalink.