Lunch at the Dearborn Inn

Posted on June 5, 2017 by thewineraconteur

It was a very quiet week for me, and I really didn’t have anything special on the horizon. Then I got a message from my son in Las Vegas that he and his wife would be in town for only a couple of days. His schedule was rather hectic and still up in the air, but he was hoping that we could get together at least for lunch. I was all game for it, as my Bride was spending a week on business seeing accounts in the Upper Peninsula of Michigan and her week was an intricately scheduled trip, with barely time to check up on me, to make sure that I wasn’t starving to death.  My son and his wife were staying at the Dearborn Inn, a famous landmark and historic location in the city of Dearborn. It is on the books as being the first airport hotel in the United States, and some of you may say, that there is no airport in Dearborn, but at one time there was, and it was basically for the convenience of the Ford Motor Company and Henry Ford had built the hotel to accommodate his business guests, and there were even a few extended stay bungalows in the back. Eventually the need for the airport wasn’t required and now all of that land has been walled in and it is used as a test track for the engineering department, and since all of the buildings around the track are Ford buildings the security is pretty good. 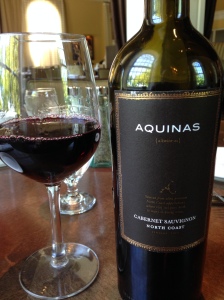 I told my son that I would meet them at the restaurant at the hotel, and he wasn’t even aware that there was a restaurant in the hotel, as when they arrived the night before, the restaurant is off to the side of the beautiful lobby and rather hidden from plain site. As we sat down for lunch, I told him that we had recently had lunch there with his sister when she made a quick trip back home. We ate the Edison, which is an appropriate name, as Edison and Ford were longtime friends, and Ford had moved the entire Menlo Park laboratory and his Florida laboratory as well to his Greenfield Village complex, not to mention the boarding house that was nearby to the Menlo Park complex where a lot of Edison’s employees stayed; it was the first boarding house that was electrically wired. All this as an introduction that my son and his wife both had a Reuben sandwich and a bowl of Kansas City soup, and I had a cheeseburger. The night before they had their fill of one of the famous Detroit locations for sliders that they long for living in Las Vegas. 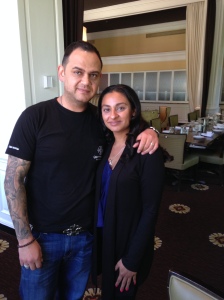 They were being good and only had coffee or soft drinks, part of this was because they were still on Vegas time and it was really time for breakfast, but the restaurant was only serving lunch items at the time. I on the other hand, had a glass of wine, as if you are surprised. There were several bottles of real interest, but only sold by the bottle, so I chose a glass of Aquinas Cabernet Sauvignon 2015 from the North Coast of California. Aquinas is one of the labels of Don Sebastiani & Sons. The North Coast is really a huge area that encompasses Napa, Sonoma, Mendocino, the Lake Counties and parts of Marin and Solano. The wine was a blend of 83% Cabernet Sauvignon and the rest was Merlot with a dash of Malbec and Petite Sirah. It was aged for twelve months in a mix of American and French Oak. It was a very easy drinking glass of wine and worked well with my cheeseburger. Alas the meeting was all too short, but I was not the purpose of their visit, but I enjoyed the time immensely.

A non-technical wine writer, who enjoys the moment with the wine, as much as the wine. Twitter.com/WineRaconteur Instagram/thewineraconteur Facebook/ The Wine Raconteur
View all posts by thewineraconteur →
This entry was posted in Dining, Wine and tagged Aquinas, Cabernet Sauvignon, California, Don Sebastiani & Sons, Malbec, Merlot, North Coast, Petite Sirah. Bookmark the permalink.