My Week of Hell

Posted on March 13, 2017 by thewineraconteur

I am just pleased that I occasionally get ahead of myself in writing, because this is not a week that I would wish on any one. When I got home last Friday night we had a mini-flood in the basement, thankfully it didn’t affect the wine cellar, but there was other areas that were affected and while I was moving boxes of storage goods, my Bride was trying to mop up the water. Eventually we were able to use the “wet-vacuum” and start getting the water under control or so we thought. It turns out that a pump that removes the extra water that is not used for the humidifier broke and that is where all the water came from. The next day we were able to get that unit replaced, but then we found out that the sanitary sewer was plugged from the water and whatever flotsam and jetsam that was washed down it. So for the next day, we were still using the “wet-vacuum” until we could get a plumber the clean out the traps. What a mess. Finally success and we installed fans in the basement to aid in the drying down there. 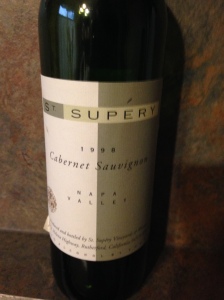 While I was cleaning the area, I started to notice the smell of gas, so first I poured some water and bleach down another sanitary trap thinking that it was sewer gas left over from the trap cleanings. No such luck. The flex hose that delivers the gas to the dryer in the laundry area had developed a small crack that was found by the utility company technician, and I might add that he showed up very quickly after I reported the problem. Of course, he shut down the gas, but he could not replace the flex hose, even though he told me that he carries them in the truck. So I had to remove the hose and it took a trip to two different hardware stores to find the right hose. By this time the wind was blowing so hard that as I was getting back in my car, the wind slammed the door into my leg as I was getting situated. I got home and was just going to install the gas line and the power went out. The Detroit area was struck with the largest blackout caused by natural circumstances, about 900,000 homes were out of power, including us. 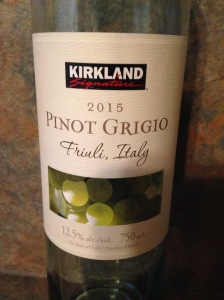 With all of the nonsense that I encountered this week, it was a week of margaritas and drinking the wine that was left around the house. So there really is not any new wines for me to discuss, I will just show some of the wines that I was polishing off. The saddest part of the affair so far is that the houses across the street have power and the houses on the block behind me do not.

21 Responses to My Week of Hell