Posted on September 6, 2016 by thewineraconteur

There we were sitting in the bar at Fleming’s Steak House, now in a booth and wondering where all the crowds were. We were munching on the house made potato chips that they automatically bring to the table. Ms. Yoga and her brother were both in good spirits and so were we. We were talking about some of the times of past, and she was excited about seeing some of her old classmates from her up coming high school reunion, so we knew that we wouldn’t see her again, until the weekend was up. Thankfully shop talk was kept to a minimum, so as not to boor the two men at the table, but it is always expected I find. 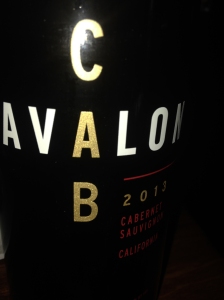 So we were all going to indulge in the special 567 at the restaurant, though by now we had discovered that the counts were the same, and the hours were the same, but the pricing had changed, but so be it. It was the moment that was important. There were a couple of orders of the great cheeseburgers, and what can I say, if a steakhouse can’t make a great burger something is wrong. There were also house made Burrata and the roasted Portobello Mushroom Ravioli ordered as well.

We also tried some other wines while we were there. The first wine that we tried was Flat Rock Chardonnay 2014 with a California designation. This wine is part of the O’Neil Vintners & Distillers umbrella, and I am finding that more and more wineries are no longer independents, especially if one digs a bit deeper. This wine was aged from fourteen to twenty-one days in Stainless Steel and then had partial French Oak aging, though I am not quite sure what that means. It was a decent Chardonnay, but nothing that I would write home to Mom about, as we used to say. The other wine that I will mention is Avalon Cab 2013, made by Avalon Winery, which is part of Purple Wine Company. While the wine label said Cab, it was actually a blend of Cabernet Sauvignon, Merlot and Zinfandel. This wine also had the California designation because the fruit was from Lodi, Paso Robles and Monterey. This was the better of the two wines and it worked very well with the burger and the other dishes that were on the table. The restaurant may have been quiet, but I don’t think we were, and it is just fun to be with an old friend to relax and reminisce.

A non-technical wine writer, who enjoys the moment with the wine, as much as the wine. Twitter.com/WineRaconteur Instagram/thewineraconteur Facebook/ The Wine Raconteur
View all posts by thewineraconteur →
This entry was posted in Dining, Wine and tagged Avalon Winery, Cabernet Sauvignon, California, Chardonnay, Flat Rock, Merlot, Zinfandel. Bookmark the permalink.