The Best Crème Brulee Ever

One of the great things about going on business trips to Chicago in the old days was that there were so many restaurants within walking distance from the Merchandise Mart where I was spending my days. I remember being invited out for dinner by a vendor along with about three other merchants and spouses. We were going to Bistro 110 which was a good hike from our hotel down near the famous Water Tower in Downtown Chicago. Chicago was one of the cities that we enjoyed walking around at night, so we tried to avoid cabs, unless the weather was not cooperating. 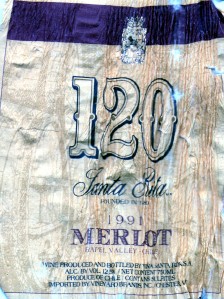 Bistro 110 was a charming restaurant and they had an excellent staff, the service was wonderful and so was the food. Now when I am a guest, I always follow the lead of the host and some of the other diners to gauge what I should order off of the menu. I have always felt awkward in business situations of this nature, and then there was my Bride along for more expense for the vendor. As I say we followed the trend of the other guests and tried to stay within reason for the dinner tab. I started off with a bowl of the French Onion soup which was strongly touted by some of the other guests, while my Bride had an Artichoke baked with Brie, while hers was tasty, but I think I had the better of the two appetizers. My Bride went with a dish of grilled vegetables and I went with a bistro dish of Cassoulet which had a duck leg Confit, braised lamb shoulder and a ragout of white beans, and we both kept sampling off of each other’s plates, until there was none left to share. For dessert, it seemed that from others that had dined there before and from the staff as well, we had to go with the Crème Brulee, and to this day I think it was the best we have ever had. In fact there were other times when we had dinner at one restaurant and would walk over to Bistro 110 just to have more of this great dessert and some coffee. 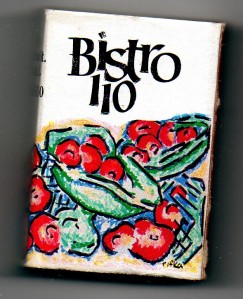 The other dilemma when one is a guest at a dinner like this is the selection of wine. Thankfully some were drinking beers and some were drinking cocktails, but even back then I was starting to be recognized as a maven on wines, I think only because I like to talk about wines that I have had. I did not want to break the poor vendor’s wallet, so I scanned the wine list for something that would be a fine choice for all the people that wanted to have wine with the dinner. With my Cassoulet, a French Red Burgundy would have been my first choice, followed by a well made Pinot Noir, but this was the era of Merlot. I do not hide the fact that I enjoy a glass of Merlot, and this seemed to make the others happy as well. We had a couple of bottles of Santa Rita 120 Merlot 1991 from the Rapel Valley of Chile. A good safe bottle of wine that everyone could enjoy without being too “heavy,” and paired admirable with the other dishes.

A non-technical wine writer, who enjoys the moment with the wine, as much as the wine. Twitter.com/WineRaconteur Instagram/thewineraconteur Facebook/ The Wine Raconteur
View all posts by thewineraconteur →
This entry was posted in Dining, Wine and tagged Chile, Merlot, Rapel Valley, Santa Rita 120. Bookmark the permalink.

3 Responses to The Best Crème Brulee Ever