“So I said, ‘Where do you want to go for your anniversary?’ She said, ‘I want to go somewhere I’ve never been before.’ I said, ‘Try the kitchen!'” Henny Youngman in Goodfellas and almost every other television and nightclub spot in his career. 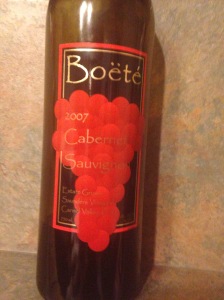 I have to say, that my Bride has always known where our kitchen is, and on Mother’s Day, she was there in all of her glory preparing another dinner that we were going to load into the sedan and take to her Mother’s home for a dinner for all of the families. I sometimes think that perhaps we need a paneled truck or a custom fitted vehicle with a kitchen in the back, but as I have written often, she is always game for making a dinner, and the more the merrier.
She was making a dinner to go, and what a dinner. She was making sautéed chicken, filet mignon medallions, lasagna, fettuccini Alfredo (her newest dish) and an assortment of side dishes as well. The whole morning was non-stop activity in the kitchen, and I was a wise man and tried to avoid the maelstrom. Actually I got off pretty easy as all I had to do was carve the medallions after the whole tenderloin was cooked. She is not partial to large kitchen knives, so I have to get the stone and sharpen the knives; I guess I have the easiest job of the day in hindsight.

Not only was the dinner transported, but so was all of the other items necessary for the dinner, I think she should be a caterer, in another life, but we also took some wine as well. We started the day of with one of our standby wines Sterling Chardonnay, though this time it was Sterling Chardonnay 2012 from the Central Coast. My Bride has been buying this wine by the case for the last year or so, as it is so dependable and just a good basic Chardonnay. It is a more crisp type, indicative from the Central Coast, instead of the buttery, oak wines found further North. The other wine we enjoyed was a wine from our wine club, and we have had the same wine from an earlier vintage. We opened up a bottle of Boete Cabernet Sauvignon 2007 and the fruit was from their Saunders Vineyard. The notes for this wine when we received it said that it would age for ten years or so, and even though we opened it only a year after its release date, it was excellent and was perfect with the filet medallions. It was full bodied, but had started to mellow and as it breathed, it even opened up more from the initial tasting. This was a fine wine from the Carmel Valley and the vintner did a fine job with his craft. We enjoyed a couple of nice wines and it was a great way to celebrate Mother’s Day along with a fine dinner.

A non-technical wine writer, who enjoys the moment with the wine, as much as the wine. Twitter.com/WineRaconteur Instagram/thewineraconteur Facebook/ The Wine Raconteur
View all posts by thewineraconteur →
This entry was posted in Dining, Wine and tagged Boete Winery, Cabernet Sauvignion, California, Carmel V, Central Coast, Chardonnay, Saunders Vineyard, Sterling Vintner's Collection. Bookmark the permalink.