Posted on April 2, 2019 by thewineraconteur

We had a rather historic family get-together in Louisville, it was historic for the fact that all five sisters and spouses plus the matriarch were all there at the same time.  With work schedules and such, there is a better chance of getting everyone together in the Detroit area for one of the holidays.  Somehow, it was achieved and a grand time it was.  There were some harrowing tales of driving in Ohio. Between the construction, the ability of trucks to stay in the passing lane for miles and the ever-vigilant state police who have a mission in life to try to ticket every vehicle from the state of Michigan, especially if one of the varied teams comes in second to any of the teams just north of them.

The reason that we were all getting together was to see the twins probably perform together for the last time, since they will graduate this June and go on to different universities.  The twins had the two leads in the Disney and Cameron Mackintosh production of Mary Poppins Jr.  The difference of Mary Poppins and Mary Poppins Jr. is that the Junior production is for school versions for Kindergarten to Twelfth Grade.   The first wave came on Thursday and the second wave of family came on Friday for the weekend.  In actuality, my Bride and I were probably lucky that she had to attend a conference that day, because we almost got there the same time as some that started several hours earlier, because they hit more construction and rush hour traffic.  Our hosts for the weekend were manning the kitchen island heroically for all the stragglers, as they had dinner ready for everyone, and they had also arranged to get a block of rooms nearby for all of us to stay. 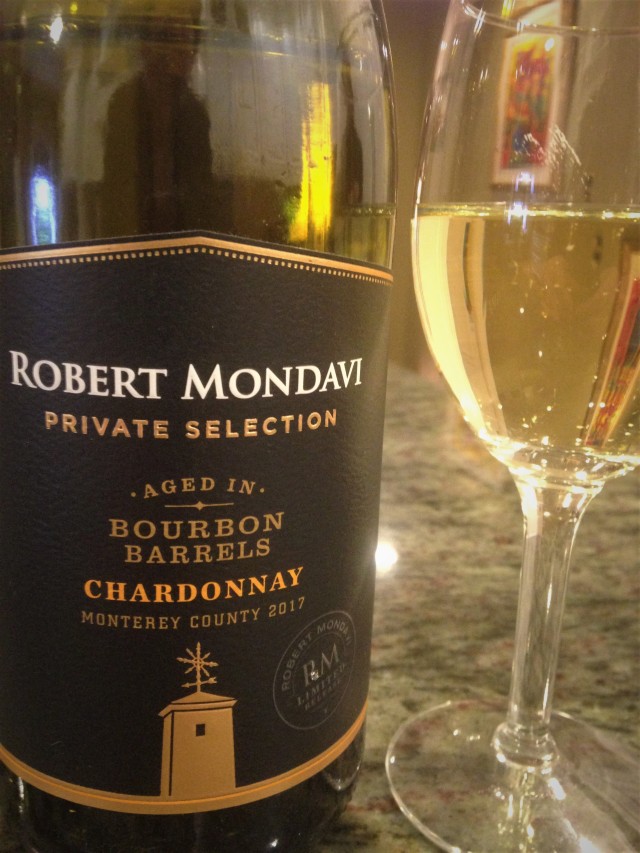 Somehow, my Brother-in-Law saved a very healthy glassful of wine for me, as we walked in, and I might add that it was not a run of the mill variety, but one that he won at a charity event.  He had saved me a glass of Cakebread Cellars Cabernet Sauvignon Napa Valley 2013.  The winery was founded in 1973 by Jack and Dolores Cakebread, and then it expanded in 1982 when they purchased adjacent land.  Cakebread Cellars now has fifteen estate vineyards and have maintained a status quo since 2005.  The wine is eighty-three percent Cabernet Sauvignon and the balance is a careful blend of Merlot, Cabernet Franc and Petit Verdot.  The wine was aged for eighteen months in French Oak, of which sixty percent was new, and fifty-six percent of the fruit came from estate vineyards.  I am not sure if it was the five hours in the car, but that wine just hit the spot, even before I had a chance to eat, it was just a perfectly honed Cabernet Sauvignon and there were no complaints.  After that, and I realize that it is backwards, but it is how things go in life, we finished the evening with a white wine.  We had a most appropriate wine for Kentucky and I think it was the third wine, and a third varietal that was aged this way that I have had.  We were enjoying glasses of Robert Mondavi Private Selection Aged in Bourbon Barrels Chardonnay Monterey County 2017.  Robert Mondavi founded his winery in 1966 and offers wines across the board for all tastes and price points.  I really could not find anything on this particular wine and I don’t know if it was done, as a gimmick, to keep up with some of the other winery offerings, but it was a nice mellow wine and this was the first Chardonnay that I had done this way.  Even my Bride was happy and that is important.  More wine and adventures await from our time in Kentucky.