Posted on October 20, 2018 by thewineraconteur

Writing a wine blog and belonging to a wine club can be a very expensive combination, especially when my local club is Fine Wine Source in Livonia.  I do not mean to imply that they only sell expensive wines, but I always think that I should be adding to the cellar, when I really don’t have to.  My other wine club is a bit easier to side step at times, because they send me the wines and more than often the wines may wait anywhere from a couple of months to a couple of years before the wine is tried, and then most of the time the wine has long left the horizon.   On the other hand, my local club is an adventure of waiting to be discovered gems.  With the creation of the Coravin system, local wine shops must have found their Nirvana.  With very little fuss or effort, a wine can be sampled for a customer without a lot of waste, or the concern that the wine may go bad in a short period of time, because in reality the wine has not been opened.  I can be potentially looking at ten to twenty wines that are waiting for me to sample.  For openers, I guess I shall look at the wines I actually went and picked up, when I got the notice. 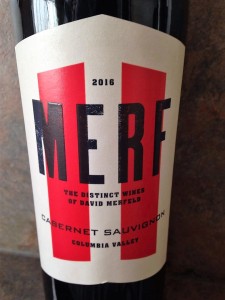 The first wine is from Umbria, Italy and Umbria is known as the only wine district in Italy that has neither a coastline or an international border that it abuts up to.  The first wine of the evening was from the Wine Cooperative of the Orvieto Community, one of the oldest cooperatives in that particular area of Italy. The cooperative began in 1949 and had thirteen vineyards and it now has one-hundred-fifty vineyards as members. The cooperative also has their own aging and bottling facility and have received official sanction for their wine.  Cantina Cardeto Umbria IGT Rosso 2016 is one of their wines from their Town Series.  The label is a reproduction of an old print of Orvieto, one of the towns in Umbria and famous in its own right, and if you had the proper sequence of labels then you can recreate the panoramic view of Orvieto from that print.  This particular red wine (Rosso) is a blend of seventy percent Cabernet Sauvignon, twenty-five percent Merlot and the balance is Sangiovese.  The vines for this series of wines are young with most between ten and twenty years of age.  The grapes are harvested in September, macerated and fermented in Stainless Steel and then aged for two weeks, and then aged another two months in bottle before release.  This wine is designed to be consumed early and I would venture to say would be fruit forward.  The owner of the shop said it will have a nice purple color with a good finish with balance tannins.  I would say a good pasta or pizza wine, since it should hold it own against a tomato-based sauce.

The second wine is from the Columbia Valley in Washington state, and one of the largest AVA areas in the country, as it basically has all the smaller AVA districts within its huge district.  The MERF Cabernet Sauvignon 2018 is from the hands of David (MERF) Merfeld who grew up on a family owned farm in Greene, Iowa.  David ended up moving to Seattle and was employed by a construction inspection company and started brewing beer as a hobby.  In 1996 he quit his day job and went into brewing full time while attending beer school and in 1997 was hired at Bert Grant’s Ales as a brewer, which was owned at that time by Ste. Michelle Wine Estates.  It didn’t take long before he was working for Ste. Michelle as a winemaker.  He now makes his own wines which are cellared and bottled at MERF Wines in Paterson, Washington.  This particular wine is eighty percent Cabernet Sauvignon, nineteen percent Merlot and a whopping one percent of Cabernet Franc.  Seventy-five percent of the juice was aged for twelve months in a combination of French and American Oak, with the remainder aged in Stainless Steel for more of the fruit and when blended back together the wine is said to have character and complexity.  The owner of the shop opined that the wine is rich and opulent and loaded with flavors of blackberry and currant, and has a long finish that he thinks makes it perfect for Ribeye or fatty steaks, and is even suggested to be great with a slice or two of Chocolate cake.  I am sure that here are a couple of wines that will not stay in the cellar for long and then I can give my notes on them.

A non-technical wine writer, who enjoys the moment with the wine, as much as the wine. Twitter.com/WineRaconteur Instagram/thewineraconteur Facebook/ The Wine Raconteur
View all posts by thewineraconteur →
This entry was posted in Wine and tagged Cabernet Franc, Cabernet Sauvignon, Cardeto, Columbia Valley, Italy, Merlot, Sangiovese, Umbria, Washington. Bookmark the permalink.