One of the charms of visiting a different community is to check out the local establishments.  I have always enjoyed small local to large corporate.  Some people may argue that large is more affordable, but to me, it takes away from the local charm.  No matter how great that steak is at a corporate eatery, it will be a cookie-cutter repeat at any of their other locations, in fact most will even look the same.  The local guy has to work harder and better for you and I appreciate that.  The other day when we were in Port Huron we were going to have dinner with another couple.  The last time my Bride and I were in Port Huron she was on business and we had stayed at a quaint hotel that had been taken over by a major chain and we all went to dinner at a local barbecue establishment.  I did some research and I found a restaurant that sounded very interesting, especially in the wines that they had listed. 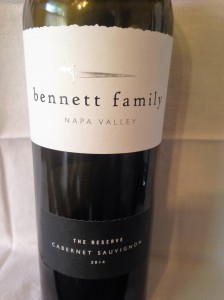 We had just gotten off a river boat cruise and when I checked the GPS on my phone, we were only eight minutes away from the Vintage Tavern and that was in walking “time.”  We thought we were going to lose some time, because along the route we were walking was a draw bridge and we could see that it was up to allow some boat traffic, but by the time we actually got there, the bridge was almost down so we really didn’t lose any time.  The Vintage Tavern was on the backside of the main street and just across the street from the water and I looked up and saw a large open area on the third floor and that is where we went, to enjoy a nice panoramic view of Port Huron.  The building was from the late 1800’s and I am not sure what it originally was, but it would have been a great speak-easy during the Prohibition Era, because there were a couple of very cool private hidden rooms for parties.   The building must have been commercial, as there were leaded windows, millwork, exposed brick, tin ceilings and the old-fashioned belt and pulley ceiling fans.  We started off with a plate of Smoked Salmon Spread which is kind of a given especially on water-front establishments in Michigan, but if it is well done, it is a great way to start the meal.  My Bride had Grilled Yellowfin Tun with Pickled Ginger, Wasabi and two different Seaweeds and she was thrilled.  As for myself I went with the Braised Short Rib with Mashed Potatoes and Asparagus, and when I gave my request I had said “ribs” and the waitress corrected it to “rib.”  I found that curious until the “rib” arrived and I am not sure if I could have handled “ribs.” 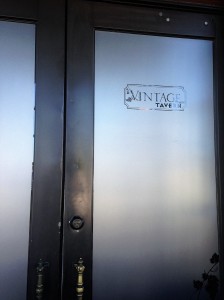 My Bride urged me to get a full-bodied wine to go with my entrée, even though it would over-power her dish.  I ordered a bottle of Bennett Family the Reserve Napa Valley Cabernet Sauvignon 2014.  Now here is a wine that I could find no information, but what was on the back label, as they have a website listed it did not work.  I was really geeked because this was a very easy and drinkable Napa Valley Cabernet Sauvignon that was affordable even in a restaurant.  Bennett Family Wines is part of William Grant and Sons, a family owned wine and spirits maker since 1887.  This wine was bottled by the firm in St. Helena and I found that they make one other wine from the Russian River.  While we were wining and dining the owner of the establishment came by and he thought that we were having the best kept secret on his list, as he seemed to infer that the wine was there for his enjoyment.  When all was said and done, we had a wonderful afternoon in Port Huron and we would go back to the Vintage Tavern again.

A non-technical wine writer, who enjoys the moment with the wine, as much as the wine. Twitter.com/WineRaconteur Instagram/thewineraconteur Facebook/ The Wine Raconteur
View all posts by thewineraconteur →
This entry was posted in Dining, Wine and tagged Bennett Family Wines, Cabernet Sauvignon, California, Napa Valley, The Reserve. Bookmark the permalink.