Posted on March 31, 2017 by thewineraconteur

While I am thinking of the documentary film “Dinner in Abruzzo: A Journey Home with My Culinary Godfather” I am also thinking of the great pizzas that are made by Luciano Del Signore. His first foray into pizza making after he developed his own light crust was at Pizzeria Biga and it was a big hit from day one. He took over a location of a former Italian restaurant and created a new taste sensation. He was using his pizza dough that was easier to digest compared to the doughs found elsewhere and people agreed. He was offering his own take on the toppings, because he was not competing with the big pizza chains and at the same time, he was not offering the classic red and white tablecloth pies that had become almost stereotypical in the area. He was also offering his own house made charcuterie for appetizers, along with other dishes that he thought would blend harmoniously with the pizzas. One must give credit to a chef who thinks outside of the pizza box. There were also craft beers and popular price wines, especially some well-chosen Italian wines. 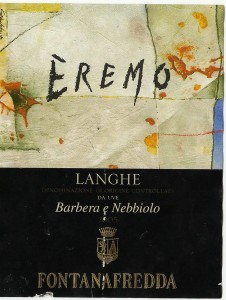 When he opened up the second location, the name changed from Pizzeria Biga to Bigalora Cucina and then there were more food offerings to the menu as well as the pizzas that had totally taken off. The menu showed his creativity even when the dishes were popular Italian cuisine and more people were discovering his take on what some would consider fast food. Now he had a Bigalora Cucina in Southfield and another one in Royal Oak, and then one in Ann Arbor. Then he bought a food truck and can now cater parties at locations where ever one wanted his pizzas and he was having fun, as he had installed one of his wood burning pizza ovens into the food truck, so that he could deliver the same taste as at the restaurants. Now he has opened another location in Rochester Hills and more people are discovering his concept. Another unique aspect of his pies is that they are brought out without being precut, as he feels that the taste is best when it is cut at the moment, in fact if you get a carryout, you also get a pizza-cutter with your order. 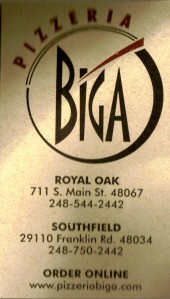 Luciano Del Signore prides himself on his selection of wines that he offers, as he has a stellar personal cellar as well. He feels that wine adds to the food and to the moment and I certainly cannot fault him on that concept. He has an excellent group of wines by the glass and he has many more that can be bought by the bottle. One night we enjoyed a bottle of Fontanafredda Eremo Langhe Rosso, but alas I am not sure of the vintage as I forgot to include it on the back of the label. The Fontanafredda winery was established in 1878 in the Piedmont and now they are also offering wines from the Langhe region of Italy. The Langhe is home to Barolo, Barbaresca, Asti and Dogliani and this wine is a blend of Nebbiolo and Barbera grapes. The Nebbiolo is famed for Barolo and Barbaresca wines, and the Barbera grape has been used in Italy for ages for blending and at one time it was the third largest wine crop. The grape juice for this wine is barreled separately for eight months and then blended in oak casks for an additional four months and it is just a smooth wine and perfect for pizzas and other classic Italian dishes. It is just amazing what a fresh look at an old standby can do, when done by the caliber of a man like Luciano. 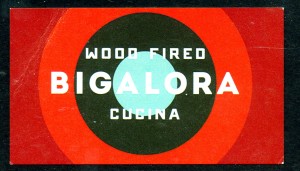 A non-technical wine writer, who enjoys the moment with the wine, as much as the wine. Twitter.com/WineRaconteur Instagram/thewineraconteur Facebook/ The Wine Raconteur
View all posts by thewineraconteur →
This entry was posted in Dining, Wine and tagged Barbera, Eremo, Fontanafredda, Italy, Langhe, Nebbiolo. Bookmark the permalink.