Posted on October 28, 2016 by thewineraconteur

Another place in Michigan that I had never been to, on the west side of the state. We got in late in the afternoon, because of the board meeting that we attended on the east side of the state, so we had a bit of a drive. We made good time on the road and after we got to our hotel we called to see if we could change our dinner reservation to an earlier time, but it was not possible, so after we unpacked and got situated, we went to the downtown area. It was a beautiful and quite large downtown area with some great facades on the buildings. We really could not do much that first night, but my Bride was able to sneak in some shopping. I think we really don’t do much more than shop, and wine and dine. It is our patriotic duty to keep the economy running. 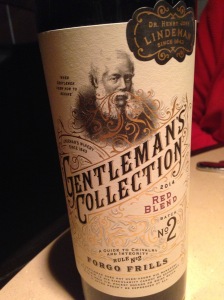 When we had booked our hotel room, the hotel touted us on a restaurant which we booked for our first night, as there was a restaurant that I really wanted to try, but I saved that one for the next night. We went to Boatwerks and it was a very nice looking waterfront establishment, and outside was a beautiful old style wooden speed boat on display. We were not really hungry because we had such a large breakfast and lunch that was served at the board meeting, but we knew that we had better keep our reservation and eat something. We were going to eat light that evening and it was just as well, because the restaurant was more of a sports bar and eatery, and I have to say that I don’t mind televisions going on in the bar area, but I dislike them in the dining room, just a pet peeve of mine. My Bride settled on having the Beet Salad which was Arugula, Blood Orange vinaigrette, roasted Golden Beets, red onion, Country Wind goat cheese, pickled raisins, toasted Pepitas and topped with a grilled chicken breast. I tried the Mexi Dip Sampler which was warm Chipotle Black Bean dip, Guacamole, Salsa Roja and fresh fried El Milagro tortilla chips. The food was better than most sport bars that I had been too, so we were both happy.

The wine list was not extensive, but we did find a couple of wines of interest. My Bride had Albertoni Chardonnay 2014 which was a California wine from the Bronco Wine Company  group. While it was listed as a Chardonnay, it was a proprietary blend with Viognier and Chenin Blanc and it was tasty. I usually refrain from having wine with my salad, but my Bride does not. I had a glass of Lindeman’s Winery Gentleman’s Collection Red Blend No. 2 2014. Lindeman’s Winery was founded in 1843 by Dr. John Lindeman, but this wine also carried a California AVA and was a blend of Cabernet Sauvignon, Grenache and Shiraz and it had enough character to hold up to the spicy dish that I had and enjoyed. Our first night in Holland and we knew that there was much more to discover.

A non-technical wine writer, who enjoys the moment with the wine, as much as the wine. Twitter.com/WineRaconteur Instagram/thewineraconteur Facebook/ The Wine Raconteur
View all posts by thewineraconteur →
This entry was posted in Dining, Wine and tagged Albertoni, Bronco Wine Company, Cabernet Sauvignon, California, Chardon, Chenin Blanc, Gentleman's Collection, Grenache, Lindeman's Winery, Red Blend No. 2, Shiraz, Viognier. Bookmark the permalink.