Whiskeys on the Water

Posted on April 7, 2016 by thewineraconteur

The other day I ventured into a new restaurant that opened in Wyandotte, Michigan called Whiskeys on the Water. It was what one would call a “soft” opening, as they did not even have signage for the establishment up. The building I presume from the edifice was at one time a bank, later had become a theatrical and costume shop and later for a while had become a restaurant called Lions, Tigers and Beer, which you have to admit is a great name for a watering hole in the Metropolitan Detroit area. The commonality of most communities is that most retailing potential storefronts are now becoming restaurants and taverns, and though part of me misses the local retail environment, I do look forward to local eateries as compared to the chains that are so prevalent these days. 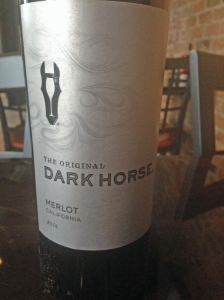 As I said this was a very “soft” opening of the establishment, and the menu was at the time a one page computer generated menu, and it was mostly sandwiches. This made sense to me, when one figures that they were opening up, testing the staff and the kitchen before finalizing the menu. Considering that Whiskeys on the Water had no signage on the façade, the restaurant was really jumping and I was there for a late lunch, when most workers would be back toiling at their jobs. Since the menu consisted at the moment of only sandwiches, it was quite easy to make my selection and I went with Roast Beef and Cheddar and it came with the usual French Fries. The sandwich was generous and sated me and I did nibble on the French Fries, which I normally would not order as I find them bland, but these were spiced well. My only complaint, if it is, and I understand the philosophy of “bar food” was that the French Fries were very salty, but that encourages an extra drink or so, I guess my Bride has made me eat too healthy, as in the old days I may have not even noticed the extra salt, but since they were in the testing period, I am sure that it may change.

The beverages were still being worked on, and from later conversations with some of the people affiliated with Whiskeys on the Water, I discovered that they have not even received all of the Whiskeys that they want to carry, which is a category that is becoming trendy in its own right. The wines I understand will also be in three tiers, the “house” brands, a selection of moderate priced wines and then a top tier of wines by the glass. All of the wines were being decided on, I am sure to accommodate the choices of dishes that are soon to appear, as they do not wish to rely just on sandwiches. The wine I tried with my sandwich was The Original Dark Horse Merlot 2014, which will be part of the “house” wines category. The Merlot wine is the latest of the selections being produced by Dark Horse Wines of Modesto, California and the winery has become a good seller across the country because it offers a good product for a good price. While the wine is listed as California AVA, the fruit basically comes from Lodi and the delta area of the Sacramento and San Joaquin Valleys. I was impressed from my first visit, and from what I hear, it is Standing Room Only at dinner time, so I shall have to make a second trip there and see what the menu and the wine carte looks like when the dust is settled.

A non-technical wine writer, who enjoys the moment with the wine, as much as the wine. Twitter.com/WineRaconteur Instagram/thewineraconteur Facebook/ The Wine Raconteur
View all posts by thewineraconteur →
This entry was posted in Dining, Wine and tagged California, Dark Horse Wines, Merlot. Bookmark the permalink.

2 Responses to Whiskeys on the Water