Posted on February 15, 2016 by thewineraconteur

Recently I received a message through Social Media from a young lady that I went to high school with. She was telling me how her cousin was in town traveling with his colleague, as they are in marketing and sales for a winery in Treviso, Italy. The colleague is one of the sons of the owners and the winery is Ornella Molon. I had to chuckle to myself as I have had the wine and I sent the hyper-link to the article about the wine. 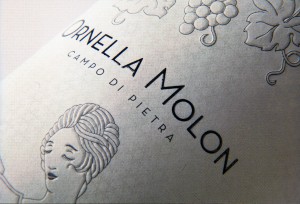 She went on to tell me how they had to ship the wine samples ahead of time for all of their sales calls and since they were having dinner with her family they went to Cantoro Italian Market and bought her a bottle of one of their wines, since the market is one of their accounts, because all of their wines were already earmarked. Again I had to chuckle, as I sent her another hyper-link about my article about Cantoro Italian Market. She said that they gave her a bottle of their Eros, which is a Malbec blend, I went and researched it and found that it is blended with Pinot Noir, so it does sound very interesting. After they left her and her family, the two men were going to Toronto and then to Miami, before going back to Italy. She was telling them about me and my Blog and she said that she would be intimidated to try to offer a wine to me and they left some brochures, which she sent to me, and at the same time, she posted both of my articles on her page, so that the two gentlemen could read my articles. I felt honored. 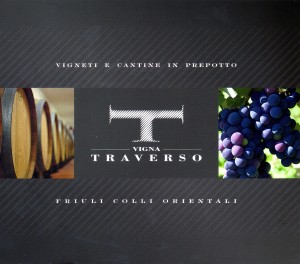 Ornella Molon is the Mother of the colleague and they live in a villa on the grounds that were built in 1650. Ornella Molon began in 1980, when she and her husband Giancarlo Traverso opened her first winery. In 1994 they began the renovation of Villa Giustinian making it the home of the Molon winery and their three sons run it. The winery is located in Campo di Pietra in the province of Treviso, in the Veneto region. They offer ten different red wines, five different white wines and eight sparkling wines. Some of the grapes that they use are: Cabernet Sauvignon, Merlot, Traminer, Pinot Nero, Malbec, Pinot Grigio, Chardonnay, Sauvignon Blanc and Muscat. Since I have so far only had their Sauvignon Blanc, I guess I have a lot to look forward to. The other brochure that they left and I received was for Vigna Traverso and this winery is in the Friuli Venezie Giulia region which borders Austria and Slovenia. Vigna Traverso offers seven red wines and five white wines. The wine is made from the following fruits; Merlot, Cabernet Franc, Refosco, Schioppetino, Muscat, Chardonnay, Sauvignon Blanc and Pinot Grigio. The Schioppetino grape is indigenous to the area and another chance to try a new grape. One never knows when one will encounter some new wines or new leads, and that is what I find so fascinating about wine.

A non-technical wine writer, who enjoys the moment with the wine, as much as the wine. Twitter.com/WineRaconteur Instagram/thewineraconteur Facebook/ The Wine Raconteur
View all posts by thewineraconteur →
This entry was posted in Wine and tagged Campo di Pietra, Friuli-Venezia Giulia, Italy, Ornella Molon, Treviso, Veneto, Vigna Traverso. Bookmark the permalink.