A Smelt Dinner at the Wheat & Rye

When on Social Media, it pays to scan every posting by ones friends, as you never know what tidbit of information one may find. One can pass by the assorted games, questionable political posturing, assorted jokes, fauna and florae, and cute family pictures to find out about a new restaurant or a new wine, both of which will make my eyebrow arch with curiosity. This was the case the other night, when I saw a posting about a Smelt dinner entrée at a neighborhood restaurant. Smelt for those of you, who have never heard this type of fish before, is a small fish that is caught in nets in the Great Lakes and was very popular in Michigan and in Ontario. I can remember as a kid seeing the fisherman pulling into the piers in Kingsville, Ontario with garbage cans full of smelt, just waiting to be sold and cooked immediately. In fact as I recall, garbage cans seemed to be the preferred method for hauling the fish back home from wherever they were caught. It is a simple dinner to prepare, remove the heat and simple gutting, as the skin and bones are nil. In fact at one time there was talk that the fish were going to disappear, due to the excessive fishing of them. 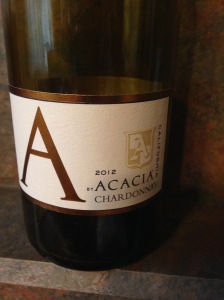 I was very excited to see that a restaurant was having a Smelt fry, and it was at the Wheat & Rye Steakhouse in Allen Park, Michigan. I have driven past this restaurant often in my travels and have only occasionally stopped there to eat. It is not a steakhouse like a Morton’s or a Ruth Chris, but more a local eatery in the middle of a residential area. We were both looking forward to having this dinner as it has been such a long time since we had enjoyed a dinner like this and brought back pleasant memories for both my Bride and myself. As I recall the two most popular methods were either beer batter or just dredging them in egg and flour and frying, and it was the latter that we had that night. The dinner came with Cole Slaw, a fresh baked roll and some of the best commercial French Fries that I have had in ages, most of the time that I have to have French Fries they end up uneaten and left on the plate, because they are so bland and nondescript. Our dinner was so huge that evening that we both had to take a doggie bag/container home with the excess smelt and fries, plus an extra order of the Cole Slaw, as it was too good to leave on the plate, and there was enough there, that we both could make a second meal from the orders.

The wine list was very short and sweet at the restaurant, and I was not surprised, as this location is more beer and cocktails, but all of the meals at the different tables around us looked great. I could have Sutter Home Winery Chardonnay or Cabernet Sauvignon. We both opted for a glass of Sutter Home California Chardonnay NV and it was a very pleasant glass of wine with our meal. Sutter Home Winery of St. Helena, California is one of the largest family run independent wineries in the United States and they are known for creating a trend in wine some forty years ago that is still popular today, as they were the people that really started White Zinfandel, while not a favorite of mine, it sells everywhere and tends to be found almost everywhere. The next evening when we were enjoying our leftovers we opened up another California Chardonnay by Acacia Vineyard. We had a bottle of their A by Acacia California Chardonnay 2012. This Chardonnay wine even though still a California appellation had some Oak barrel aging, which gave it some nuance. The smelt season is probably coming to an end, but it was fun to have a dinner that brought back such great childhood memories, and the fish was still as good as we recalled

A non-technical wine writer, who enjoys the moment with the wine, as much as the wine. Twitter.com/WineRaconteur Instagram/thewineraconteur Facebook/ The Wine Raconteur
View all posts by thewineraconteur →
This entry was posted in Dining, Wine and tagged A by Acacia, Acacia, California, Chardonnay, Sutter Home. Bookmark the permalink.