Moving can be very traumatic and thankfully we are not moving to a new home. The moving that I am referring to was not nearly that dramatic; my Bride’s department was moving from one floor to another floor in their building. Since my Bride had recently had some surgery I did not want her to do a lot of lifting and she called me with a timetable that she had in mind for the move. When I got there she was boxing up her files and everything else that had to make the move and she was a bit upset as the location that she was going to had not been vacated and she had boxed some of the goods in anticipation of just transporting open boxes. After I found this out, I had to repack several of the boxes so that they could be sealed with her name on all of the boxes, and there were several of the boxes that I had to create some special boxes for the move and that made her happy. Of course she also thought that I had lost my mind, because she was loading a large cart with boxes, and as quick as she was loading the cart, I was unloading it. I told her that we have to transport certain boxes first, since they were going to be stacked for a day or two and we had to make some semblance of order while they were stacked in temporary storage. This did make sense to her and she claimed that is why she wanted me to do the move with her. It took three trips with the cart to get all of the boxes moved and piled so as not to create a mess where they were being stored. 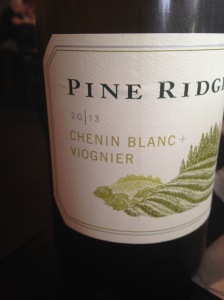 My “payment” for all of this work was a dinner, but since we were both dressed casually in denim, there were plenty of restaurants that I did not want to go to, but I said that I wanted to try someplace new. Her boss made a couple of suggestions, all of which I heartily approved of, but since our attire was more for moving, I had to pass on all of the choices offered. I was also tired from all of the work, and I wanted to go someplace casual that hopefully was not too far off the beaten track on our way home. Then my Bride remembered a restaurant that she had been touted about, that we had never been to and it met our criteria for the evening. The restaurant was in a strip mall and I must have driven by it a hundred times without even noticing it, I guess I am not too observant at times. We went to Peterlin’s Restaurant & Bar in Farmington, Michigan. I was surprised at how large the restaurant was and how large of a staff that they had for a neighborhood eatery. The main part of the restaurant was being used for a very large party, so we had dinner in the bar side, and outside of seeing so many different television monitors which is disconcerting to me, we sat down for dinner. The menu was very extensive and then when you added the extra sheet with all of the day’s specials there was a lot of studying to do. My Bride had an Asian influenced salad with chicken, something that she does not make at home, because it is not my cup of tea. I chose for an entrée a dish that had two breasts of chicken done with a Mushroom-Chardonnay Sauce with wild rice and vegetables. The portions were more than ample, and I must say that the food was excellent and very reasonable for the price. 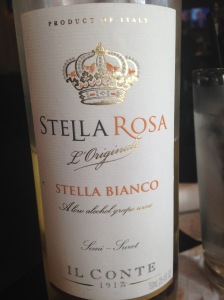 When we were seated I was still overheated from all of the moving and I was looking for a white wine to chill off with. As I was looking at the wine choices I saw a listing for a Pinot Grigio from California, and the wine below it was from Italy, and your poor Raconteur was a bit frazzled still and I ordered the wine without really reading the entry. I had ordered a glass of Il Conte D’Alba Stella Rosa Bianco NV from the Piedmont region and when I tasted the wine I realized that I had ordered a Moscato based “semi-sweet” wine that was frizzante or semi-sparkling. The wine was a bit sweeter than I had planned on drinking, but it was pleasant enough and it allowed me to cool my internal system down. My Bride started off with a split of Moletto Prosecco Treviso DOC NV from Veneto and she was happy that it was chilled, but I thought it was a little light even for a Prosecco. Since the wine was from Veneto it could carry the prosecco name for the varietal, whereas from other regions the varietal would have been Glera. After the Prosecco she had a glass of Chateau St. Jean Chardonnay 2013 from the North Coast of California which was a good safe wine. The wine I went with afterwards was a Pine Ridge Chenin Blanc Viognier 2013 and this was the wine of the evening, we both agreed after tasting. It was a pleasant wine with just enough Viognier, though I am enough of a fan of that varietal that I could have had a straight Viognier and I would have been happy as well. This blended wine had the fruit harvest from two different areas; the Chenin Blanc came from Clarksburg and the Viognier came from Lodi. Now that I know where the restaurant is, when we need a fast dinner, we may stop there again as it is not far from our home. 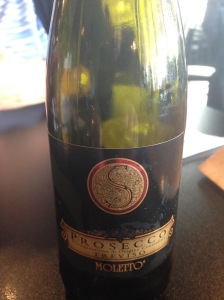 1 Response to A Moving Day