A Leisurely Day in Plymouth and a New Restaurant

The Plymouth Art Fair was going on, and the weather was obliging. We decided to make a day of it in the charming city of Plymouth, Michigan. The art fair seems to keep growing in size, as there were more little by-ways of tents to discover this time and it made for a nice afternoon stroll. My Bride had a few ideas of items that she wanted to shop for, but we ended up empty handed, which does happen from time to time. On the way back to where we had parked our car, we noticed that the Plymouth Historical Museum was open and we decided to spend some time there, since neither of us has ever been there before. The assorted docents were well trained and the exhibits were well done, especially the Weldon Pets Lincoln Collection, which captivated my Bride, while I meandered over to the rest of the displays and then took a second tour of them with her. 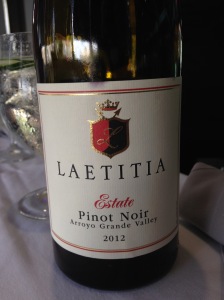 We decided to go have dinner, and we were going to try a new restaurant that had just opened up. Aqua was this sleek new establishment housed in a building that used to be a Greek Coney Island eatery, and it now has a very enticing façade. Facades and facelifts may be the easiest things to change, but we were willing to try this new establishment that was between two sections that are popular in Plymouth. We went in with out a reservation and were taken to a table immediately, as we really did not want to sit in the lounge area, as I dislike television sets when I am dining, and I am also not a big fan of dining outside, though the patio area was very appealing. We were each handed an I-pad which allowed us to navigate through all of the different menus, drinks and wines. Every item was photographed, and it was easy to decipher what wines were offered by the glass and which ones were by the bottle. The menu was quite different from the last establishment, even though I understand that it is still the same owner, only now there is a “fusion” element to the dishes.

We were excited from using the menu, and we were going to share many of the dishes, so that we could get a wider sampling of the different plates being offered that day. We started off with baked Brie in Phyllo dough wrapping with assorted micro-greens and fresh fruit. My Bride started off with a glass of Sonoma-Cutrer Chardonnay 2012 from the Sonoma Coast of California and after all the walking in the sun, I am sure that she enjoyed the wine even more and it went well with the Brie plate. I started off with a glass of Martinez Corta Cepas Antiguas Rioja 2011, which was made entirely from the Tempranillo varietal and I found it very satisfying as well with the Brie. Our next course was a plate of Mussels, which my Bride favors much more than I, but I did share them with her. This dish was prepared with natural broth, smoked tomatoes, garlic and an Albarino white wine, it was very well prepared. I had finished my wine with the Brie and I was enjoying a glass of water with a slice of cucumber, a very nice touch for this summer day.

As we were studying the assorted menus, there was a brunch item that had caught both of our attentions, and since the major underlying part of the dish was offered as an entrée, we asked if the brunch version could be ordered and the kitchen was very amiable and agreed to our request. The dish was called Lobster Benny, and it was a take off on Eggs Benedict, where the base was two Lobster and Crab cakes, topped by a poached egg and a very subtle Hollandaise Sauce with a side of spiced home fries. I decided to try their Seven hour Beef Short Ribs with came with root vegetables. I have to say that both dishes were very well prepared and presented.

My Bride had a glass of Sassi Pinot Grigio 2013 from the Friuli-Venezia Giulia region of Italy. It had just the right amount of acidity and a touch of sweetness that worked extremely well with her dish. I chose a wine that surprised my Bride a bit, she thought I would order a Cab with my entrée, but I selected a Laetitia Vineyard and Winery Pinot Noir 2012 from the Arroyo Grand Valley. This wine was very supple and complimented the slow cooking of the short ribs.

Each dish came out looking exactly like the photographs that were on the I-pad menu, but they were all served on oversized plates, so the dishes were deceiving. After our four courses we were both sated, and really did not need a dessert. We may have tried a dessert, but our only complaint, if it is really a complaint, was that they did not have any de-caffeinated coffee, and perhaps that is still because they are new and it was an over sight on their part. My Bride is already talking about going there again, with me and with some of her friends, which is how much she enjoyed the experience.