Father’s Day is that mythical holiday one hears about, but it does not carry the cachet of other holidays. Perhaps it is because Fathers are a disparate group and they have been characterized into some sort of strange being. Father’s went from “Father Knows Best” back in the Fifties to these inane creatures that are the foils for the rest of the family members and one of the reasons why I stopped watching television for the last forty years. Years ago the proper gift was a piece of clothing, but it was, and I have to admit that it was my generation that wanted toys at the expense of clothes. Our parents growing up in the Great Depression thought of clothes as a way of defining who they wanted us to be, but the toys won out, and then when we got into “power” toys got better and the trend went from Casual Friday to Casual-whatever-you-can-get-away-with Everyday. I am quite sure that the majority today abides by this change and perhaps enjoys it, as for me, I guess just a meal out with the family is the best and I will fend for myself the gifts.  That may be the extent of my rant and sermonizing for the year. 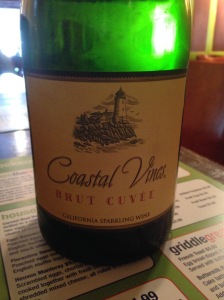 We have one son that lives in the state, but North of us and we arranged to have a late breakfast in Royal Oak, which tends to be central for the two groups. We were going to meet at Pronto! for breakfast and were we surprised to find out that the city of Royal Oak was having an art fair that weekend, so rather then circle around looking for a parking spot, we opted to pull into the parking lot of a church and pay the price, after all who needs to get a ticket. We got to the restaurant first and requested a table for seven and we were asked if we had a reservation which we did not, and we thought that there would be a problem, but the restaurant was basically empty when we got there, so we hoped for the best. We also contacted our son to let him know about the art fair and that we were at the restaurant and that they should get there as soon as possible. Our table was arranged and we sat down and got ready to order a hearty breakfast. I guess that when I am at a restaurant I want to order something that we may not always get at home, so I ordered Corned Beef Hash and Poached Eggs with Challa toast. Most of the other orders were more traditional breakfast dishes, but the hash is something we normally do not have at home. 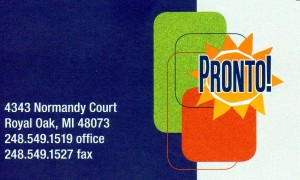 For breakfast the only wine that I think of is a sparkling wine that is mixed with orange juice for a nice refreshing Mimosa. My Bride and I were going to order some Mimosas, and our waitress suggested that we get a Mimosa package, which contained a bottle of Champagne and a carafe of orange juice for $12.00. I figured that it was a bargain and I expected a bottle of Asti, but instead we got a bottle of Coastal Wines Brut Cuvee NV. It was a sparkling wine from California made from two varietals French Colombard and Chardonnay. This sparkling wine is produced by Bronco Wine Company which is considered the fourth largest winery in the United States. I have to admit that I did not try this wine straight, but as a Mimosa it was just fine and hit the spot. After our breakfast we all decided to wander the art fair, and my Bride was good.

A non-technical wine writer, who enjoys the moment with the wine, as much as the wine. Twitter.com/WineRaconteur Instagram/thewineraconteur Facebook/ The Wine Raconteur
View all posts by thewineraconteur →
This entry was posted in Dining, Wine and tagged Bronco Wine Company, Brut Cuvee, California, Chardonnay, Coastal Wines, French Colombard, Sparkling Wine. Bookmark the permalink.