Posted on April 3, 2013 by thewineraconteur

We had Easter dinner here at the house, and it was non-stop preparations of a mix of Armenian and traditional Easter dishes in anticipation for the crowds.  My Bride shines at moments like this, because it makes her so happy to have everyone under one roof for dinner. 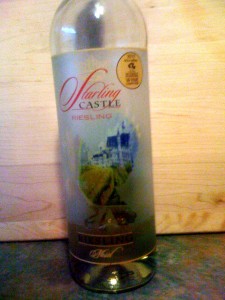 She started out with cheese and crackers, vegetables and dips, and this year we also added Armenian Lahmanjoun and Cheese Boreg.  We also made a leg of lamb that the butcher had trimmed very well, Armenian Hot Ham, a classic clove and brown sugar ham, Armenian Pilaf, Caesar Salad, a Jell-O salad, asparagus, potatoes and lamb gravy.  There were plenty of deserts afterwards, so nobody was hungry when all was said and done.  I had to laugh because one of our nephews moved his seat next to where all the food was set up in the kitchen.  It is good to see such a healthy appetite. 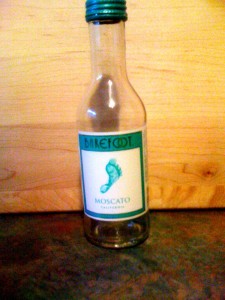 As for the wine, I saw that there were a couple of wines that were brought in, as some of our guests prefer some wines that are sweeter than what we usually serve for dinner.  There was a split of Barefoot Moscato from California, which I did not try, but I am sure that it would have been too sweet even before dinner for me.  Also there was a bottle of Starling Castle Riesling, which is a German Qualitatswein from the Mosel.  I did try this wine and it was too sweet for my preference, but it was enjoyed by some.  So I guess I will have to look for some sweeter wines for some of our guests.  We have also been having a great time with the Sterling wines that we bought a case each of the Chardonnay and the Meritage.  Our Easter dinner went well, and all is good here, even though today, it was basically my Bride and I enjoying the wine. 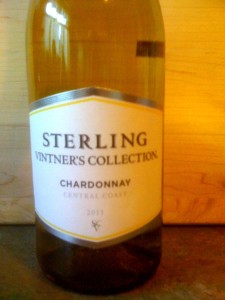 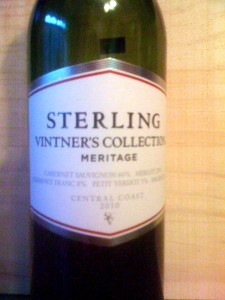 A non-technical wine writer, who enjoys the moment with the wine, as much as the wine. Twitter.com/WineRaconteur Instagram/thewineraconteur Facebook/ The Wine Raconteur
View all posts by thewineraconteur →
This entry was posted in Dining, Wine and tagged Barefoot, California, Chardonnay, Meritage, Moscato, Mosel, Riesling, Starling Castle, Sterlin. Bookmark the permalink.